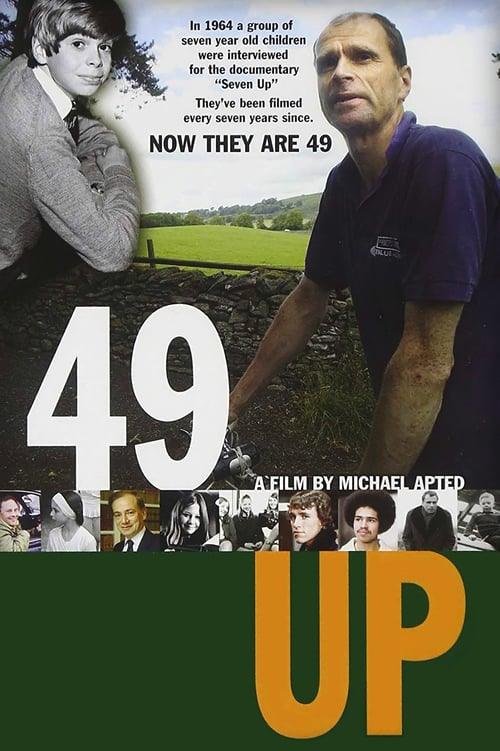 49 Up is the seventh film in a series of landmark documentaries that began 42 years ago when UK-based Granada's World in Action team, inspired by the Jesuit maxim "Give me the child until he is seven and I will give you the man," interviewed a diverse group of seven-year-old children from all over England, asking them about their lives and their dreams for the future. Michael Apted, a researcher for the original film, has returned to interview the "children" every seven years since, at ages 14, 21, 28, 35, 42 and now again at age 49.In this latest chapter, more life-changing decisions are revealed, more shocking announcements made and more of the original group take part than ever before, speaking out on a variety of subjects including love, marriage, career, class and prejudice.

A Touch of Zen

Standing in the Shadows of Motown

The Rise and Rise of Bitcoin